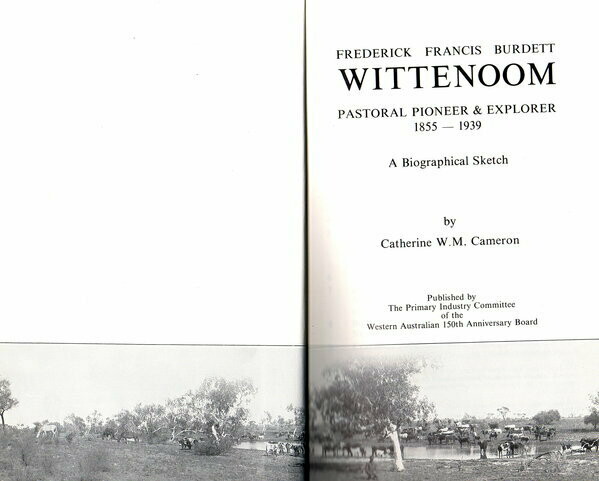 With his older brother Edward, Frank spent his young adulthood in the Murchison, exploring and opening up the area to pastoral activities. They owned many stations and at their peak, before they sold stations to pay bets, they owned over two million acres.

While his older brother Edward went into politics, Frank named after his grandfather and Murchison explorer F T Gregory, was a good bushman and a shrewd, versatile investor who thrived in the outback but liked to socialise in style.

He visited England in 1887 to solicit funds for the Midland railway scheme and returned with several commercial commissions, including the local management of Dalgety's, on whose account he toured fifty-four stations in the north-west in 1888.

Afterwards, he embarked on a world trip. In the mid-1890s he settled in a bush camp at Boulder where he was engaged by Z. B. Lane as joint general manager of Great Boulder, Perseverance and Great Boulder South mines.

Wittenoom was simultaneously involved with activities as diverse as sawmilling, quarrying, stockbroking, the Boulder Progress Association and the Kalgoorlie race club. (Australian Dictionary of Biography)