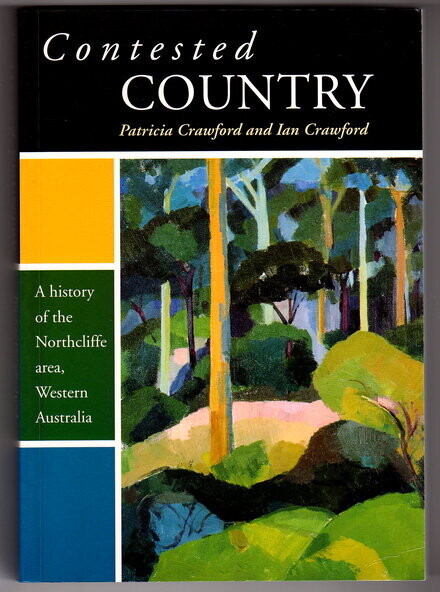 Contested Country: A History of the Northcliffe Area, Western Australia by Patricia Crawford and Ian Crawford

Whose country is Australia? And who decides how the land should be managed? In exploring such fundamental questions, involving divergent views on Aboriginal land rights, environmental issues and, in particular, the future of Australian forests, Patricia and Ian Crawford argue that differing attitudes to the land underlie many of the current divisions between Aboriginal and European, city and country.

This book focuses on the area surrounding Northcliffe, a small Western Australian country town deep in the cool, rainy karri country and coastal plains of the lower South West. But Northcliffe is presented as a microcosm of Australian society, so this is essentially an Australian story, one in which the authors seek to understand the land, the conflicting views over its use, and the way people have sought to shape it to their own purposes, whether hunting and gathering, droving, dairy farming, forestry or conservation.

This book has grown out of the author’s close personal involvement with the region and its people and their concern for preserving one of the most botanically diverse areas in Australia.