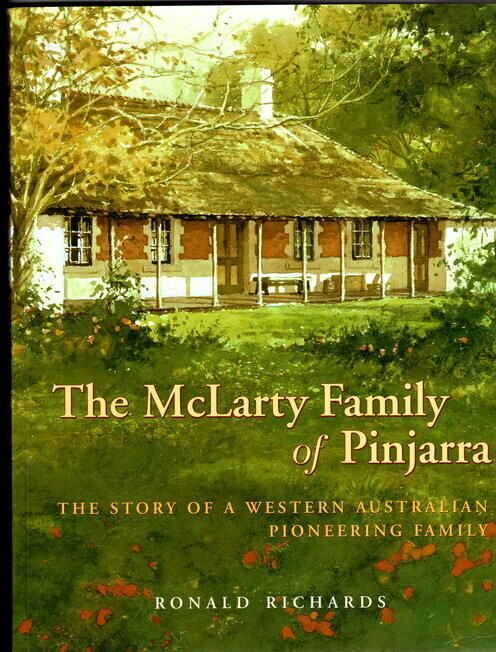 The McLarty Family of Pinjarra: The Story of a Western Australian Pioneering Family by Ronald Richards

John McLarty and his wife Mary Anne arrived in the Swan River Colony, from Scotland, in 1839. The McLarty's bought a property of 6,108 acres on the banks of the Murray River. Blythewood was to become one of the most productive properties in the southwest.

Not only significant contributors to the European settlement of Pinjarra town and Murray District, the McLarty's established Liveringa Station, a huge cattle station in the Kimberley region and were prominent in Western Australian politics. John and Mary's youngest son Ross McLarty became premier of Western Australia in 1947.