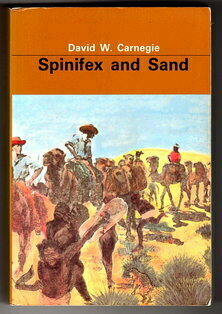 Secondhand. Good condition. General edgewear. Some foxing on the foredges.

This book is the 1989 Hesperian Press reprint of the 1898 edition of David Carnegie's narrative of five years in Western Australia.

The Hon David Wynford Carnegie, born in 1871, was the youngest son of the Earl of Southesk. He arrived in Australia in 1892 and became a successful miner, engineer and explorer. In 1896-1897, Carnegie led an expedition from Lake Darlot to Halls Creek, covering over three thousand miles.