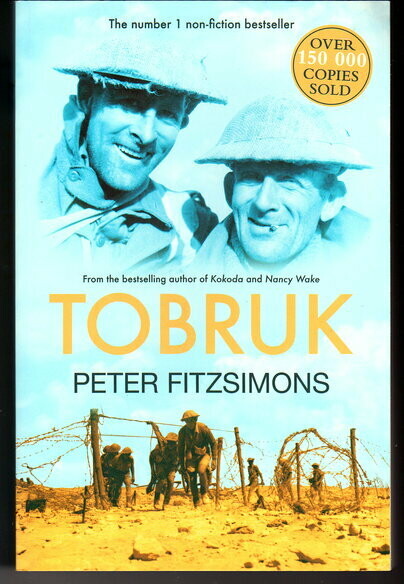 The classic story of 1941's Battle of Tobruk, in which more than 15,000 Australian troops - backed by British artillery - fought in excruciating desert heat through eight long months, against Rommel's formidable Afrika Korps.

During the dark heart of World War II, when Hitler turned his attention to conquering North Africa, a distracted and far-flung Allied force could not give its all to the defence of Libya. So the job was left to the roughest, toughest bunch that could be mustered: the Australian Imperial Force. The AIF's defence of the harbour city of Tobruk against the Afrika Korps' armoured division is not only the stuff of Australian legend, it is one of the great battles of all time, as against the might of General Rommel and his Panzers, the Australians relied on one factor in particular to give them the necessary strength against the enemy: mateship.

Drawing on extensive source material - including diaries and letters, many never published before - this extraordinary book, written in Peter FitzSimons' highly readable style, is the definitive account of this remarkable chapter in Australia's history.(back cover)