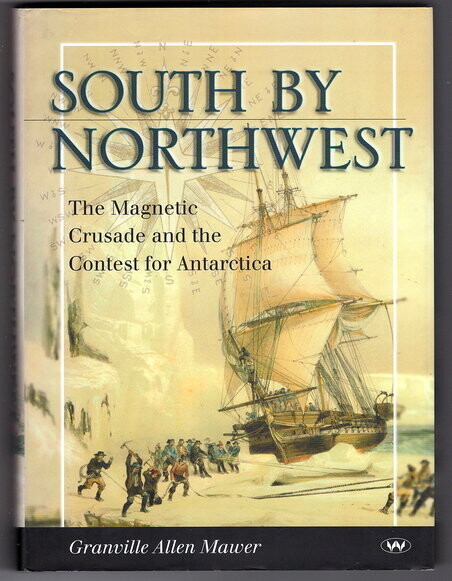 South by Northwest: The Magnetic Crusade and the Contest for Antarctica by Granville Allen Mawer

For many, Antarctic history begins and ends with the race between Scott and Amundsen for the geographic south pole, but they were late to the start and only briefly on the course. By then, another polar race had already been in progress for seventy years, and it would continue for even longer.

That race, for the South Magnetic Pole, was a marathon rather than a sprint and its starting point was suitably distant from Antarctica, in the ice of the fabled Northwest Passage.

The Magnetic Pole eluded the rival French, American and British expeditions sent to find it in 1840-1841. It also defeated their successors - Shackleton and Mawson - at the turn of the century.

Not until 1986 did Australian scientists succeed, and only then by literally running it down. Along the way, the magneticians collectively unveiled much of Greater Antarctica, but their achievements were blighted by bitter controversies about who first saw what. Governments, being what they are, turned these into another contest, one for Antarctic territory. (publisher blurb)