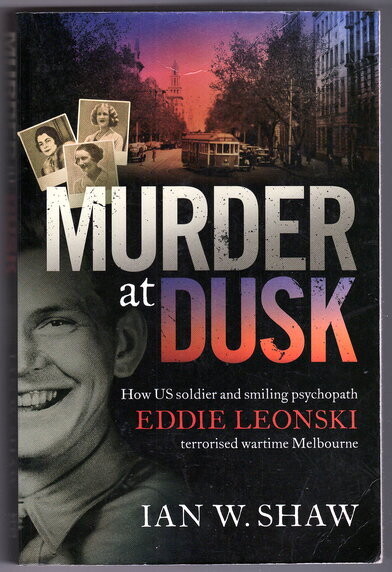 Far away from any World War II battlefront, the citizens of Melbourne lived in fear of a serial killer - the Brownout Strangler.

May 1942: Melbourne was torn between fearing Japanese invasion and revelling in the carnival atmosphere brought by the influx of 15,000 cashed-up American servicemen. But those US forces didn't guarantee safety. Not long after their arrival, the city would be gripped by panic when the body of a woman was found strangled, partially naked and brutally beaten.

Six days later another woman was found dead and her body told the same horrific story. A murderer was stalking the streets. As women were warned not to travel alone, an intense manhunt ensued.

Not long after a third woman was murdered, American soldier Eddie Leonski was arrested. A calculating psychopath, he had a twisted fascination with female voices, especially when they were singing . . .

Acclaimed author Ian W Shaw brings World War II Melbourne to life and takes us into the mind of the Brownout Strangler, and a very different kind of terror. (back cover)