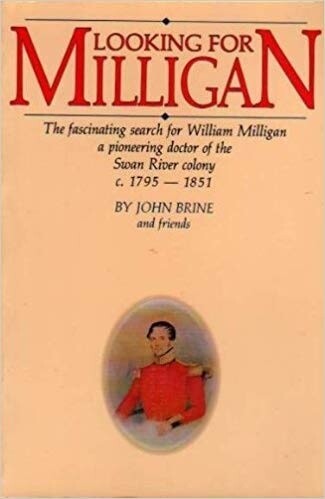 Looking for Milligan: The Fascinating Search for William Milligan, a Pioneering Doctor of the Swan River Colony c.1795-1851 by John Brine

Milligan was not the first doctor in the Swan River Colony nor was he ever appointed from London as colonial surgeon, the most senior medical position in the colonial period. Nevertheless, during his army service from January 1830 to 1834, and as temporary colonial surgeon, it was he who, in effect, founded Royal Perth Hospital and it is his name that was bestowed on that hospital's medical staff association (The Milligan Society) formed in 1957.