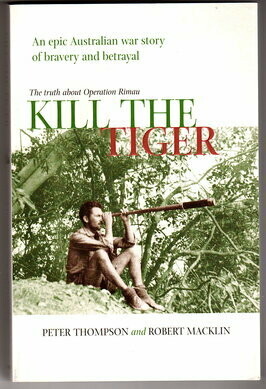 Kill the Tiger: The Truth About Operation Rimau by Peter Thompson and Robert Macklin

In 1942, after the fall of Singapore, Special Operations Australia (SOA), an Australian military intelligence and special reconnaissance unit were formed. Its commando arm was known as Z Force. In 1943, a plan was devised to attack Japanese shipping in Singapore Harbour. Commandos would travel to the harbour in the vessel Krait, disguised as an Asian fishing boat.

Operation Jaywick sunk six Japanese vessels. This book tells the story of the second operation named Rimau. It is a tale of betrayal and political chicanery.