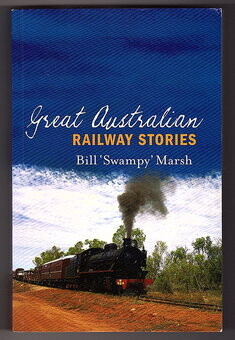 Where explorers and settlers went in Australia, the railway followed. Small towns were linked like beads on a string by the railway: it was the way these communities stayed alive. The railway had its own mystery and its own language and of course its own stories and yarns.

Bill 'Swampy' Marsh, whose mother was a ganger's daughter, has brought together another enthralling collection of first-hand accounts. Stories range from the train drivers, gangers, fettlers, guards, firemen, publicans and a one-legged corpse!