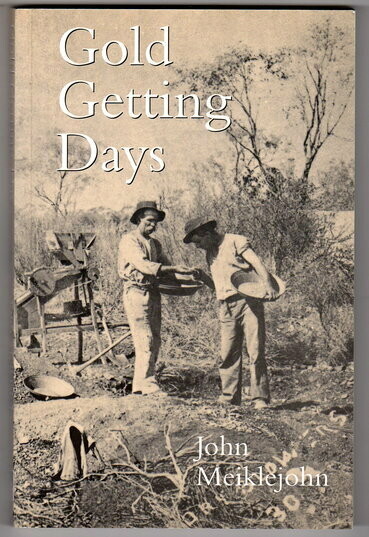 Gold Getting Days by John Meiklejohn

John Meiklejohn (1867-1940) was one of the best-known prospectors of the Coolgardie and later goldrushes of the 1890s. He came from Scotland to New Zealand and Victoria and then to Western Australia for gold.

Rich gold strikes led to him heading for London to sell his claims, resulting in introductions to some of the most powerful financial figures of the time. Later came the South African war and prospecting in the Klondyke, Africa, and Madagascar for gold and oil.

With his fortune gone he retired to Perth where he wrote of his experiences and those of his associates in the good old Gold Getting Days.