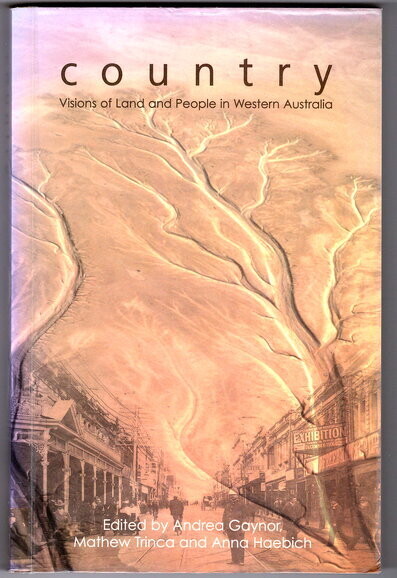 So often, the land is something we take for granted; it seems so disarmingly real and elemental. Yet in Australia, as in most parts of the world, conflicts rage incessantly over land and its use. We even use the phrase 'contested ground' as a metaphor for all sorts of arguments and differences.

Country: Visons of Land People in Western Australia reflects on the unique character of people's experiences in Western Australian landscapes. It explains some of the major environmental changes over the past two centuries and considers their cultural meaning. This is a book for anyone who wants to know more about the people and places in the western third of the Australian continent.

Introduction: Visions of land and people in Western Australia by Mathew Trinca and Andrea Gaynor