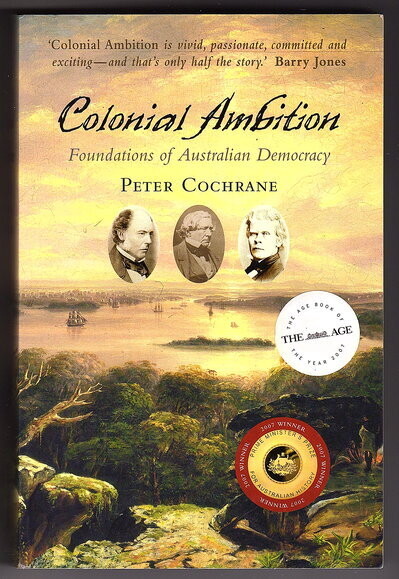 Colonial Ambition tells the story of the politicians and would-be politicians of Sydney, who were driven by a determination to lift themselves and their new colony to a higher level. They wanted parliamentary liberty, though they could not agree on what that meant, and that contest over meaning, centred in Sydney, was unremitting.

The fight for responsible government and democracy is a dialogue between the local and the global, the periphery and the centre (Sydney and London), the city and the bush; between economy and polity, the politics of legislature and the street, and between the public and the private lives of the key players: WC Wentworth, Sir George Gipps, Robert Lowe, Lord Howick (Earl Grey), Henry Parkes, Charles Cowper and Lord John Russell. (back cover)