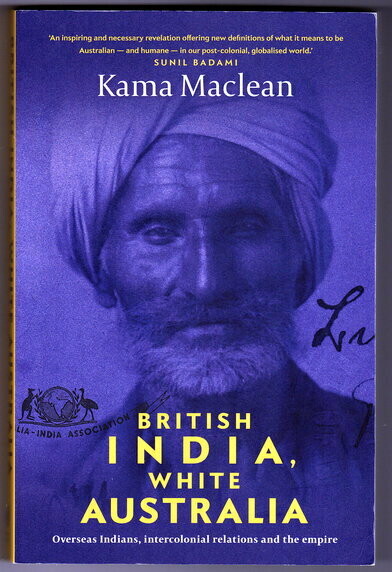 British India, White Australia explores connections between Australia and India through the lens of the British Empire by tracing the lives of people of Indian descent in Australia, from Australian Federation to Indian independence. The White Australia Policy was firmly in place while both countries were part of the British Empire. Australia was nominally self-governing but still attached very strongly to Britain; India was driven by the desire for independence. The racist immigration policies of dominions like Australia, and Britain’s inability to reform them, further animated nationalist sentiments in India. (back cover)