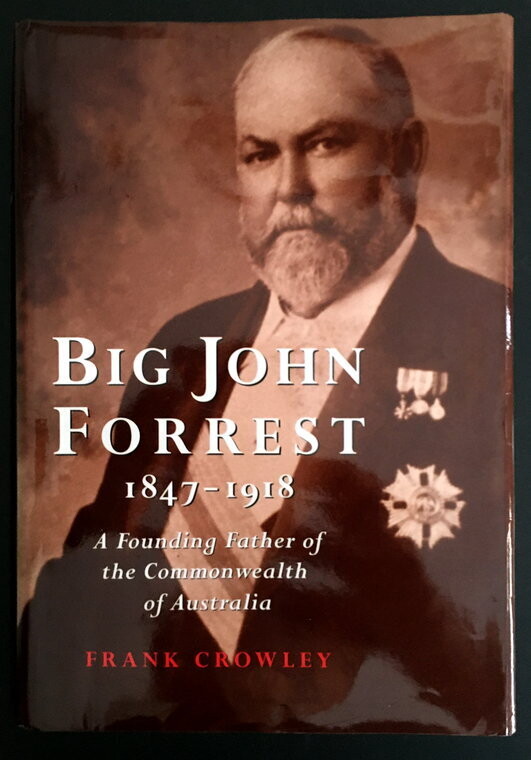 Big John Forrest 1847-1918: A Founding Father of the Commonwealth of Australia by Frank Crowley

Known by the press at the time as "Big John", Forrest achieved a level of fame and popularity unique in the political world of early twentieth-century Australia.

His career in the public life of the Western Australian colony - as surveyor, inland explorer, public servant, and first Premier, showed how energy, grit and determination, together with the right circumstances, could enable a colonial-born youth from an artisan family to achieve wealth, influence and political power.
During the 1890s, he completely transformed Western Australia's communications and developed a code of public ethics that allowed state power to aid private enterprise for the benefit of the community.

After being actively involved in the drafting of the Constitution of the Commonwealth of Australia, Sir John Forrest fought hard for 'fair terms' in steering Western Australia into Federation.

His achievements after Federation were no less impressive. As Minister for Defence, Minister for Home Affairs, several times Treasurer, and acting Prime Minister of Australia, he was one of the nation-builders during the early years of Federal Government and took a prominent part in the creation of the two-party political system in national politics.

Frank Crowley dedicated this book to Phyllis Barnes for her commitment to South West Australian history.