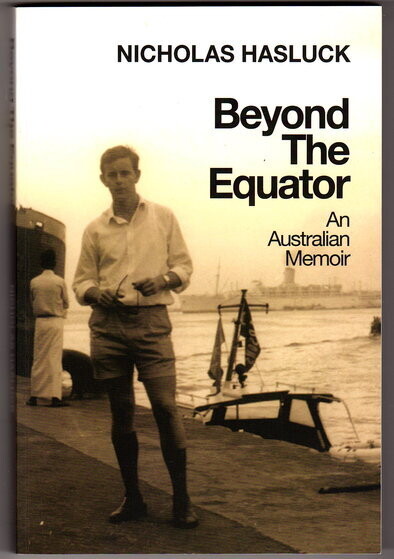 Beyond the Equator: An Australian Memoir by Nicholas Hasluck

Like many young Australians in the 1960s, Nick Hasluck set sail for London, in his case for a post-graduate law degree, but looking also for new horizons and ways to be a writer. From a seedy room at the International Language Club he explored the 'Kangaroo Valley' party scene around Earl's Court - until he met a girl from the Cotswolds who was to change his life, a romance leading to misadventures in Europe and eventually to a job in Fleet Street.

Britain was opening up to him in unexpected ways. He recalls combative speakers at the Oxford Union - Malcolm X, James Baldwin, Tariq Ali - and luminaries in other places such as Menzies, Profumo, Field Marshal Slim and the controversial jurists, Hailsham and Denning. Along the way, Hasluck writes skilfully of becoming a lawyer, then a Judge, and also a well-known novelist.

In this eloquent memoir, the mind of the lawyer is constantly enriched by the style of the writer. To a lively storyteller, the world beyond the equator is still the miracle it always was. (Backcover)