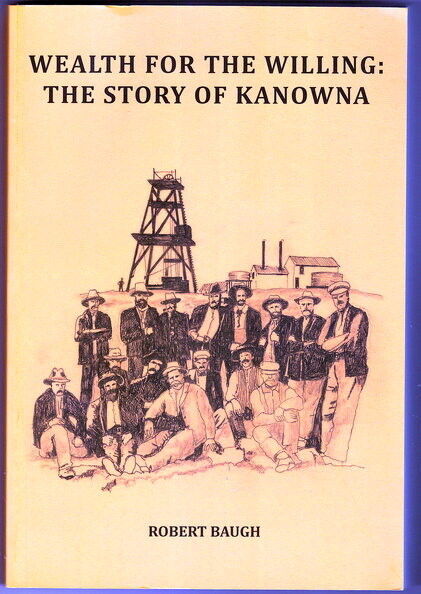 Wealth for the Willing: The Story of Kanowna by Robert Baugh

Kanowna is a ghost town in the Goldfields of Western Australia.

Gold was discovered in 1893 and the town was gazetted in 1894. The population grew to 12,500 by 1899. However the alluvial gold supply was rapidly exhausted and the underground mines produced decreasing amounts of gold, causing the population slowly but steadily to decline. The railway station was closed during the Great Depression and by 1953 the town was completely abandoned.

In the 1970s increasing gold prices prompted renewed interest in the area and a large amount of gold was discovered and mining began again in 1986. The Kanowna Belle mine has extracted 5.3 million ounces of gold since 1993.

This book explores how a town the size of Kanowna could have simply disappeared. (Trove)