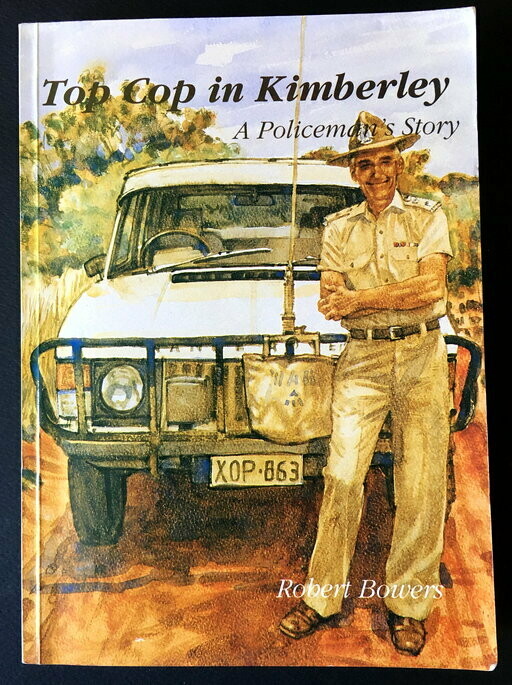 Top Cop in Kimberley: A Policeman's Story by Robert Bowers

Robert Bowers was born in Carnarvon in 1926. On leaving school, he worked as a telegraph boy and on the telephone exchange. He remembers with clarity the sinking of HMAS Sydney in 1941.

In 1942, he and his family moved to Perth. It was in Perth that Robert joined the Police Department as a cadet. Aged 18, he was called up for military duty with the RAAF and after training became a member of the Air Field Defence Corps, stationed at a secret airbase near Marble Bar.

On demobilisation, Robert rejoined the police cadets. On graduation, he walked the Northbridge beat but was able to obtain a transfer to Broome in 1948.

This is a rare book and is priced accordingly.