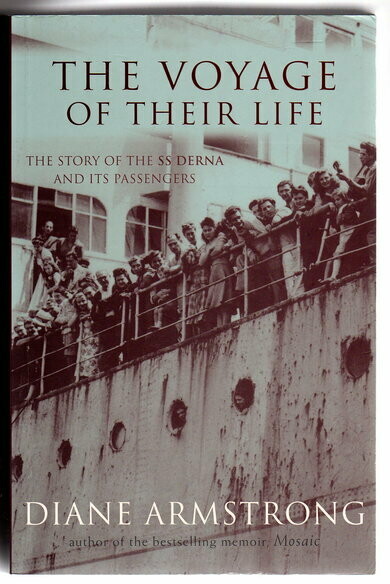 The Voyage of Their Life: The Story of the SS Derna and its Passengers by Diane Armstrong

In Marseilles, August 1948, 545 passengers sailed to Australia and New Zealand. They came from displaced persons camps in Germany, death camps in Poland, labour camps in Hungry, gulags in Siberia and the stony Aegean Islands. Among them was a Russian princess, a Polish ghetto fighter, an Estonian submarine commander and 61 Jewish orphans.

Diane Armstrong sailed on the Derna with her parents. She has located over 100 passengers and through their recollections, memorabilia, as well as archival documents, has recreated the voyage and traced what became of their hopes and dreams. The results is a unique portrayal of a migrant ship and its passengers.