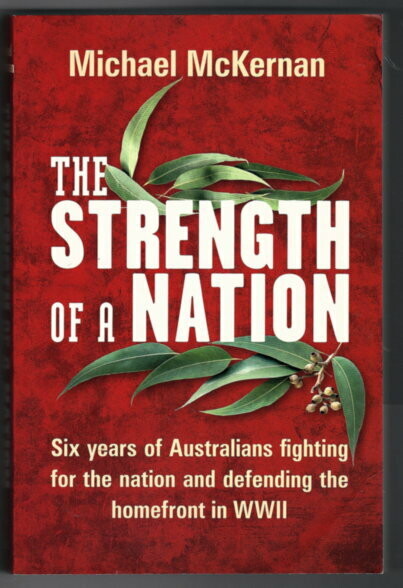 The Strength of a Nation: Six Years of Australians Fighting for the Nation and Defending the Homefront in WWII by Michael McKernan

This is the story of Australians at war at home and abroad in the six years 1939 to 1945. Almost one million Australians out of a population of nearly seven million joined the armed forces.

Their contribution to the allied forces was only possible by the support of those Australians at home: the civilians who took the jobs of their husbands, fathers, sons and brothers, and those that pealed millions of onions and potatoes to feed the men and women serving overseas.