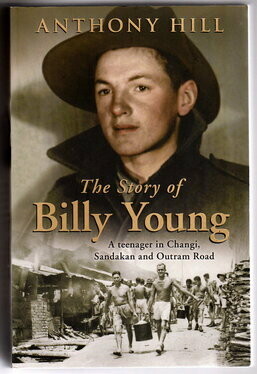 The Story of Billy Young: A Teenager in Changi, Sandakan and Outram Road by Anthony Hill

Billy Young was a boy of 15 when he joined the AIF in 1941. He was an orphan - hungry, broke, with nowhere to sleep - and the army offered him a feed, a blanket and five shillings a day in his pocket.

Billy was sent to Malaya where he became a POW. From Changi, 'Billy the Kid' went on to spend the rest of his teenage years in some of the worst Japanese prisons: the notorious labour camp at Sandakan (from which he escaped), and solitary confinement in the horrific Outram Road prison.

In this powerful account of one of the youngest-ever prisoners of war, award-winning author Anthony Hill takes us into the hearts and minds of the POWs. (Back cover)