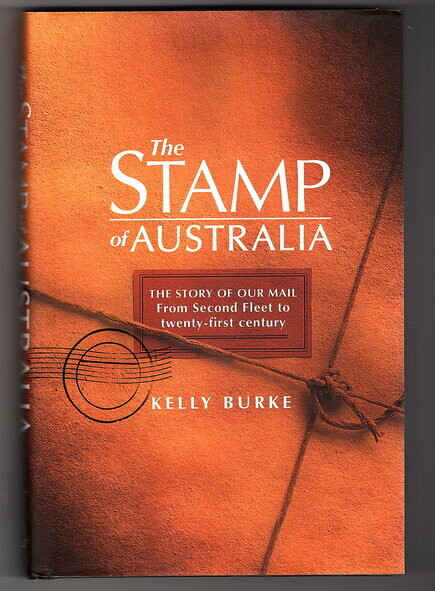 The Stamp of Australia: The Story of Our Mail: From Second Fleet to Twenty-First Century by Kelly Burke

At first, a small huddle of colonists awaited letters from England, which most of them regarded as 'home'. Later, as settlers dispersed, letters kept people in touch with each other over vast distances and difficult terrain.

Over the years soldiers wrote back reassuringly from battlefields abroad; lovers shared intimacies; and new waves of immigrants urged those they had left behind to follow them in making a home in a strange land.

Australia Post's history mirrors the story of evolving transportation - of the earliest sailing ships carrying their precious packages of letters, of steamers, of Cobb + Co coaches, of the expansion of the railways and the great aviation pioneers. It is a story of evolving technology too - from the creation of the great Overland Telegraph to modern mail sorting, from posties on horseback to present-day motor-cycled deliverers and Express Post whisked across the country by jet.

Australia's first postmaster, the ex-convict Isaac Nichols, operated out of a private house on the corner of Sydney's George Street and Circular Quay. His first batch of mail comprised thirty-six letters. Today Australia Post is one of the largest employers in Australia handling 19 million pieces of mail every working day and runs the longest mail run in the world: over 3000 km long for only 88 addresses."

The Stamp of Australia is a vivid account of the adventurers, explorers, aviationers and pioneers that found ways to traverse this vast continent, and the history of Australia told through the letters they carried with them.