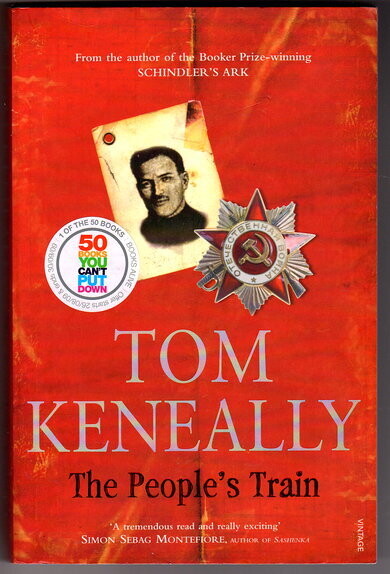 The People's Train by Tom Keneally

Artem Samsurov, a charismatic protege of Lenin and an ardent socialist, reaches sanctuary in Australia after escaping his Siberian labour camp and making a long, perilous journey via Japan. But Brisbane in 1911 turns out not to be quite the workers' paradise he was expecting, or the bickering local Russian emigres a model of brotherhood.

As Artem helps organise a strike and gets dangerously entangled in the death of another exile, he discovers that corruption, repression and injustice are almost as prevalent in Brisbane as at home. Yet he finds fellow spirits in a fiery old suffragette and a distractingly attractive married woman, who undermines his belief that a revolutionary cannot spare the time for relationships. When the revolution dawns and he returns to Russia, will his ideals hold true?

Based on a true story, The People's Train brings the past alive and makes it resonate in the present. With all the empathy and storytelling skills that he brought to bear in Schindler's Ark, Tom Keneally takes us to the heart of the Russian Revolution through the dramatic life of an unknown, inspiring figure. Like Schindler, Samsurov was no saint, but he was an individual who played a vital role in world-changing events.