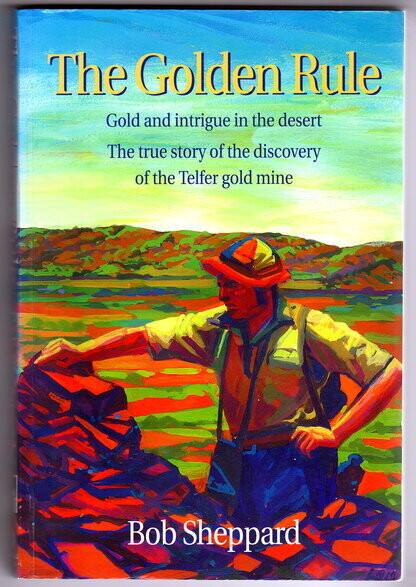 The Golden Rule: He Who Has The Gold Makes The Rules: The Discovery of Australia's Telfer Gold Mine

In 1970 a lone French prospector, Jean-Paul Turcaud, penetrated the unexplored wilderness of Australia's Great Sandy desert searching for minerals. He was astounded at the mineral potential he believed he had discovered.

Exhausted and almost penniless he drove out of the desert and into the hottest town on earth: Marble Bar. He needed help to develop his prospects but the representatives of the giant American company he first spoke to were not interested in what he had discovered.

Three years later the company announced they had found the Telfer gold mine in the Great Sandy Desert. No acknowledgment was given to Turcard. So began decades of acrimony between the French prospector and the mining giant. (publisher blurb)