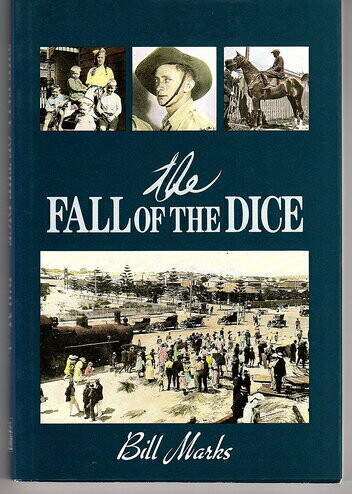 The Fall of the Dice by Bill Marks

Secondhand. Very good condition. Minor edgewear. Some sunning of pages and inside cover.

Bill Marks was born in 1916 and raised in South Fremantle, Perth Western Australia. Bill's childhood was deeply affected by the Depression and his young adulthood by World War II. Bill grew up around the racing industry, ran a two-up game in the army and had a short and disastrous career as a bookmaker. In this book, Bill Marks tells his story with the touch of a seasoned raconteur.