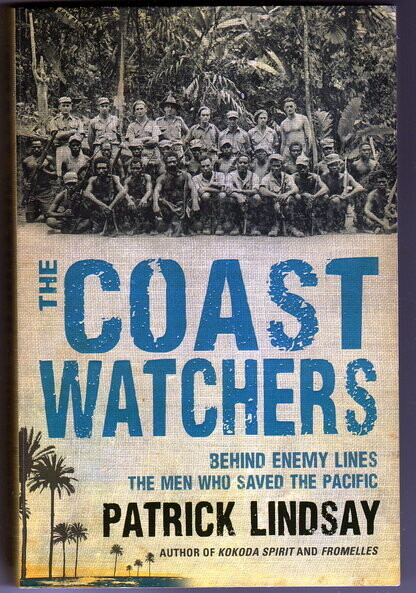 The Coast Watchers: The Men Behind Enemy Lines Who Saved the Pacific by Patrick Lindsay

After Pearl Harbor, Japan swept unchecked through the Pacific. But a tiny band of brave men stayed behind the enemy lines. Aided by loyal islanders, they watched and they warned. They were The Coast Watchers. They saved countless lives - including that of future US President John F. Kennedy - and they changed the course of the Pacific War.

They knew capture meant certain execution but, while the Japanese hunted them, they moved and hid in the jungle, taking their cumbersome teleradios with them (equipment that took more than a dozen men to transport). They warned of Japanese airstrikes, reported on the movements of their shipping and troops, and saved scores of downed airmen.

Their reports gave vital warning time to the Allies and allowed them to take a decisive toll on the enemy. The famed American admiral, William 'Bull' Halsey summed it up: ‘Guadalcanal saved the Pacific, and The Coast Watchers saved Guadalcanal.’ (back cover)