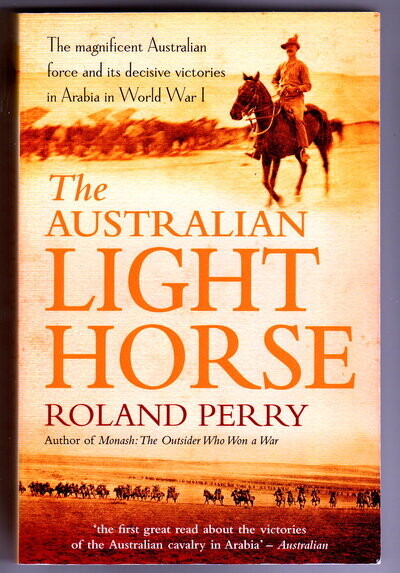 The Australian Light Horse was a unique force, first raised during the Boer War, and then reformed for World War I. Most of the men were from the outback, had a special bond with their horses (which were all brought from Australia) - and they knew how to survive and fight in the desert.

The greatest part of the Allied victory over the Turks was theirs. Colonel Lawrence had a strategy for actually defeating the Turks - as opposed to the British High Command's acceptance of the status quo. What Lawrence needed was a mobile, elite force to join his own troops - and in the Light Horse he had them. Battle-hardened by Gallipoli and the repulse of the Turkish invasion of Egypt, the Australians were ready. Under their brilliant commander, Sir Harry Chauvel, they won great victories in the Sinai, Palestine and Syria - culminating in the last great cavalry charge in our military history, and the taking of Beersheba in 1917. Every Australian has heard of the Light Horse - but practically none have read their story. Roland Perry brings their story to life and tells it with colour, emotion - and authority. (publisher blurb)