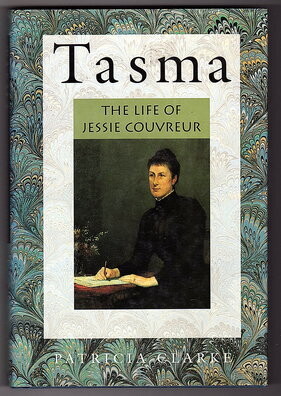 Tasma: The life of Jessie Couvreur by Patricia Clarke

In the second half of the 19th Century, Tasma, the Australian writer, lecturer and foreign correspondent, was a famous woman. When her first book Uncle Piper of Piper's Hill was published in London in 1889, it was the book of the season.

Tasma's work challenged the perception of 19th Century women being solely domestic creatures. In her personal life, Tasma also defied all stereotypes by divorcing her husband, Victorian farmer Charles Fraser. Then for six years before marrying Belgian statesman August Couvreur, she led an independent life in Paris, earning her own living.

Yet like other 19th Century Australian women writers, Tasma has been relegated to an obscure place in literary history. (book flap)