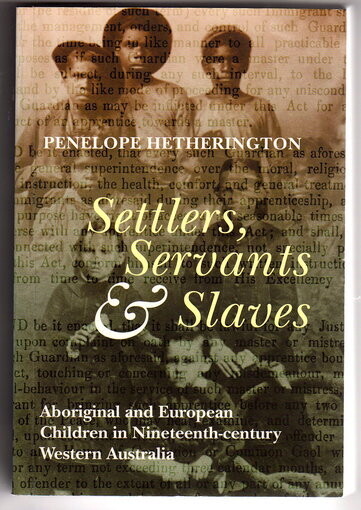 Settlers, Servants and Slaves documents the exploitation of both European and Aboriginal children by the settler elite of nineteenth-century Western Australia.

In a struggling colony desperately short of labour, early settlers relied on the labour of children. Convicted and neglected children from the poorest sections of this divided society were placed in institutions, where they were trained to become a useful part of the workforce. Education services developed slowly, and there was no system of secondary education provided by the government in the nineteenth century.

From the 1870s, Aboriginal children were widely "employed" in a complex web of contract and apprenticeship law, in the pastoral and pearling industries in the North West. Often kidnapped by "blackbirders", the children received no wages and had no opportunity to attend school.

Settlers, Servants and Slaves also shows how concern over "the problem" of children of mixed descent in the last decade of the nineteenth century was to provide the rationale for infamous twentieth-century "solutions": the removal of children from their parents, and the establishment of Aboriginal Reserves. (back cover)