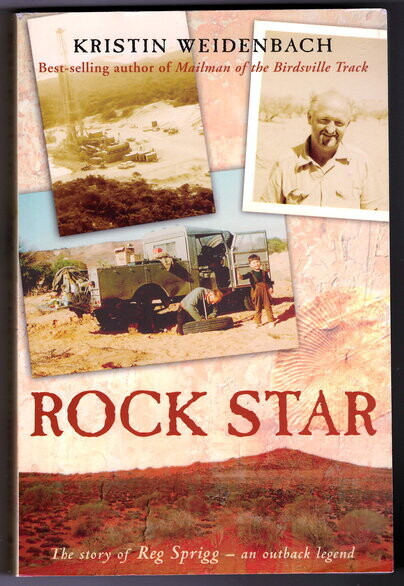 Rock Star: The Story of Reg Sprigg - An Outback Legend by Kristin Weidenbach

This book tells the story of the life of an intrepid, determined and oft times irreverent pioneering Australian, Reg Sprigg, a man regarded by many as the greatest geologist of his generation and one of the best Australia has produced.

By the age of 30, he had discovered the oldest fossils in the world and some of its deepest under-sea canyons. He had worked at Australia’s first two uranium mines and searched for material to construct the world’s first atomic bomb.

By the time he was 40 he had helped found Santos and discovered the great Cooper Basin oil and gas fields—Australia’s largest onshore petroleum province; he had set up the largest private geological consulting firm in the country; built his own boat and diving bell, and mastered the primitive art of scuba diving.

By the time he was 50 Reg had driven the first vehicle across the Simpson Desert and crossed the continent from north, south, east and west. He had established his own exploration company, Beach Petroleum; and also launched Arkaroola Wildlife Sanctuary, one of Australia’s first eco-tourism resorts.

The rest of his life he would devote to the unlikely bedfellows of mining and conservation, and to his insatiable love of geology. (back cover)