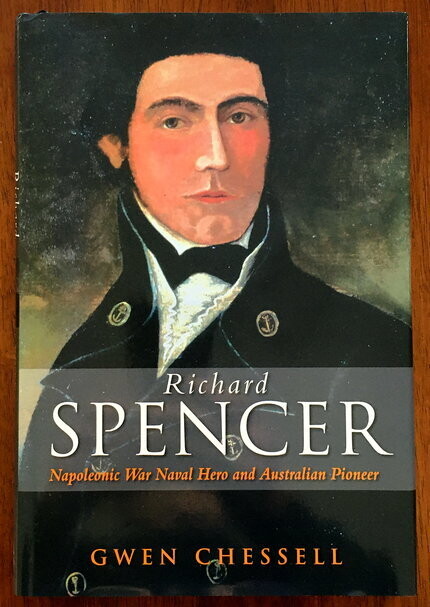 Secondhand. Very good condition. Book has only minor wear. Dust jacket has some minor creasing at the top near spine.

Captain Sir Richard Spencer RN is remembered today as the early Government Resident of the fledgling settlement in Albany on the south coast of Western Australia. Richard Spencer lived peacefully with the local Aboriginal people and worked diligently to guarantee Albany’s future as a settlement and port.

Albany was a shanty town when Richard and Ann Spencer and their nine children anchored in Princess Royal Harbour in 1833. The family all but doubled the town’s population.

In Richard Spencer, Gwen Chessell has uncovered the richly varied life and career of an important figure in Australia’s early colonial history. She tells his story with authority, understanding and vivacity, whether she is describing activity aboard a fighting ship or the domesticity of the Spencer household. (publisher blurb)