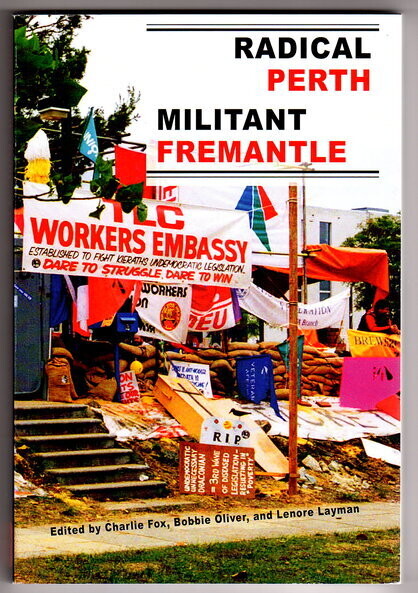 Radical Perth, Militant Fremantle tells 31 fascinating stories of radical moments in the cities' past, from as long ago as the 1890s and as recent as Occupy: "Bloody Sunday" on Fremantle Wharf, the Chinese community's fight for survival, Perth's Red Dean and his rock masses, bodgies and widgies at the Scarborough Beach Snake Pit, Midland's Red Square, women's apron parades in the 1950s, Fremantle's Rajneeshees, the Point Peron Women's Peace Camp, and many more.

This engaging and informative book inspires those who work for change and opens new windows on Perth and Fremantle's past. In short, it has rewritten their histories. (back cover)