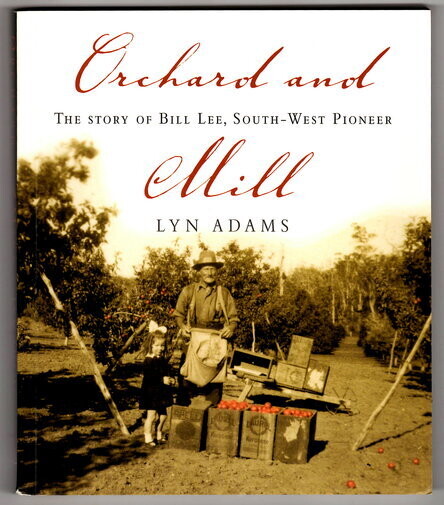 Orchard and Mill: The Story of Bill Lee, South-West Pioneer by Lyn Adams

The wider Donnybrook area has seen many activities, including general farming, timber cutting, gold mining and stone quarrying. However, it is fruit growing for which the district is best known, and the orchards are still highly visible in the landscape.

Some early settlers in Donnybrook flourished and collectively established a significant orchard industry. The Lee family were special people, with their own idiosyncrasies, skills and values. Bill Lee tells about his family and their story in their single-minded pursuit of goals, and how in achieving what they did, they also made a substantial contribution both to the timber industry and to the birth of the thriving fruit industry in the Southwest.

This book typifies the activities and experiences of migrants of the early 20th century who, through their own efforts, established themselves, while also contributing to the establishment of an industry. It provides a historical record, in detail, of the practices and procedures of two industries of the time and place.