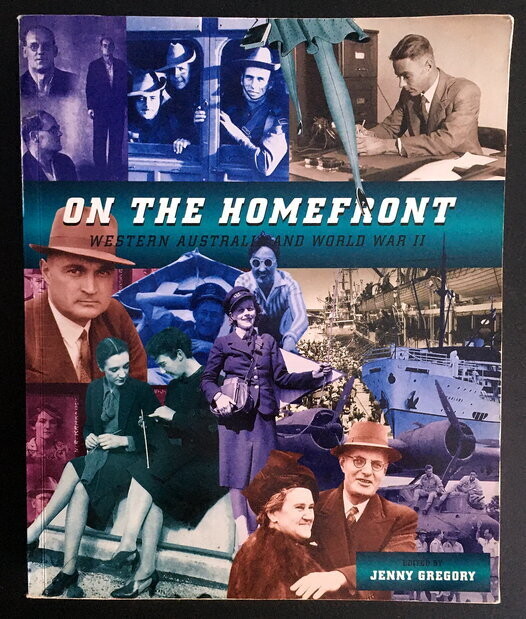 On the Homefront: Western Australia and World War II edited by Jenny Gregory

For Western Australia, WWII began as a 'phoney war', remote from their shores, but by 1942 the homefront faced the real threat of invasion, with the Japanese at the doorstep.

On the Homefront look beyond military battles and world politics to examine how ordinary people responded to war and its aftermath - from women 'manpowered' into the workforce to the men who stayed at home, from families torn asunder to incapacitated returning servicemen and refugees from war-ravaged Europe.

And it reveals the more controversial aspects of war; the sinking of HMAS Sydney, Japanese raids on nor'west towns, a rigid internment policy, the evacuation of 'whites' from the north of the State, the gaoling of 'subversives', blatant racist propaganda, and the targeting of women accused of spreading venereal disease. (back cover)