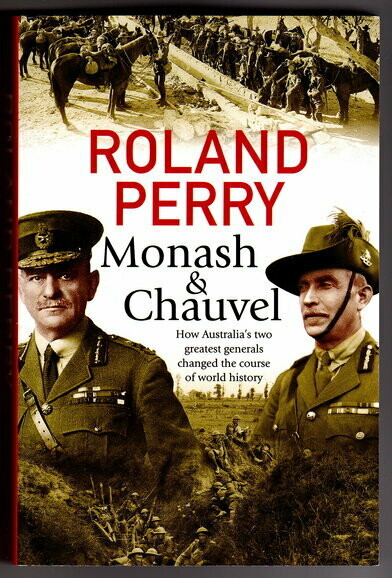 This book follows the extraordinary campaigns of the two most outstanding battlefield commanders of the First World War across all the Allied armies: John Monash and Harry Chauvel.

John Monash commanded the Australian forces on the Western Front at the most critical time of the war, 1918. With his German Jewish heritage, Monash was an outsider who had risen to his position through his ground-breaking military achievements.

In the war against the Ottoman Empire in the Middle East, Harry Chauvel led the 34,000-strong Desert Mounted Column. Chauvel was an Empire man, who considered himself as British first, Australian second. His attitude changed in the course of the war, when he realised he would have to ignore the directives of his British superiors and take the initiative in planning battle tactics himself if he was to defeat the Turks. (backcover)