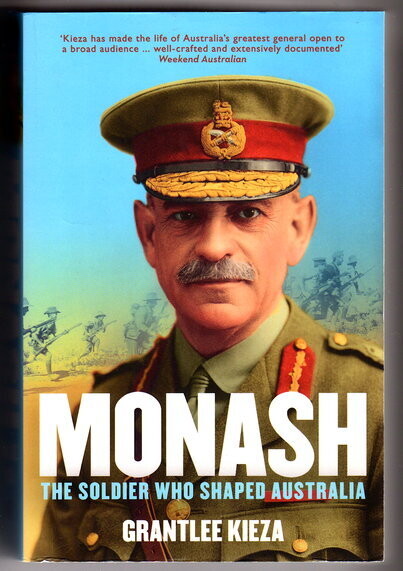 The amazing life story of the general who shaped Australia; the first major biography of Monash in over a decade.

John Monash's life is emblematic of Australia's much-heralded egalitarian spirit – here is the ultimate outsider: poor, Jewish in an era which still practised anti-Semitism, bookish at a time when intellectual pursuits were frowned upon – who rose to become one of the nation's most enduring folk heroes.

Despite a scandalous private life and the experience of virulent racism, he established himself as a major force, not just on the bloody fields of wartime Europe but also in post-war society, where he oversaw vital developments in making Australia into a modern nation. When he died, an astonishing 300,000 Australians attended John Monash's funeral in Melbourne.

But who was this unconventional man, what drove him and how did he manage to break down so many walls to rise to such a prominent position? (publishers blurb)