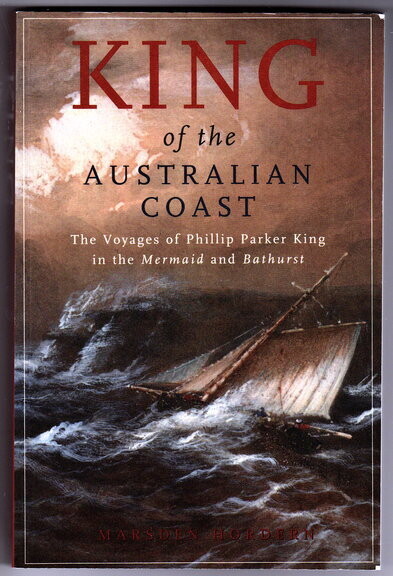 King of the Australian Coast: The Work of Phillip Parker King in the Mermaid and Bathurst 1817-1822 by Marsden Horden

Phillip Parker King has been described as the greatest of Australia's early marine surveyors. But while the achievements of Cook and Flinders are widely known, this is the first telling of King's story.

Unlike Cook and Flinders, King was Australian-born—the son of Philip Gidley King, governor of New South Wales. In a series of gruelling voyages between 1817 and 1822, King charted most of the north-west coast of Australia from the eastern tip of Arnhem Land all the way round to Cape Leeuwin and King George Sound. He surveyed Macquarie Harbour in Van Diemen's Land and the treacherous waters inside the Great Barrier Reef, filling gaps in the work of his famous predecessors. (publishers blurb)