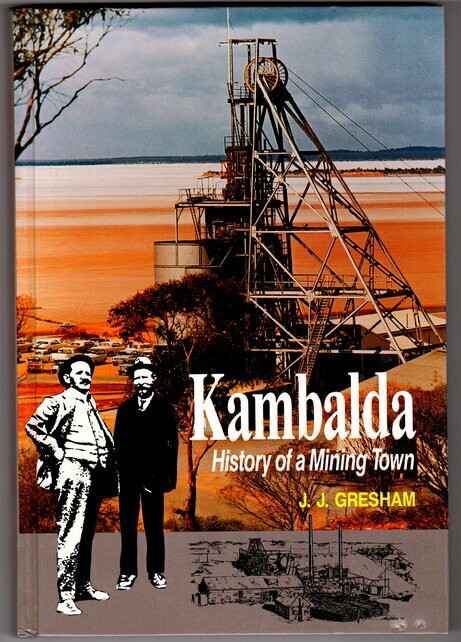 Kambalda: History of a Mining Town by J J Gresham

The town of Kambalda East and West, in the Eastern Goldfields of Western Australia, is the product of the nickel boom of the 1960s and early 1970s. The townsite resides within the indigenous Galaagu people.

The early township was gazetted in 1897, after the discovery of gold nearby on the northern shore of Lake Lefroy in 1896. The town flourished for 10 years during gold mining at what became known as the Red Hill Camp. Prior to gold discovery, European exploration centred on the search for grazing and pastoral land. (Introduction)

The story of Kambalda is part of Australia's rich mineral heritage.