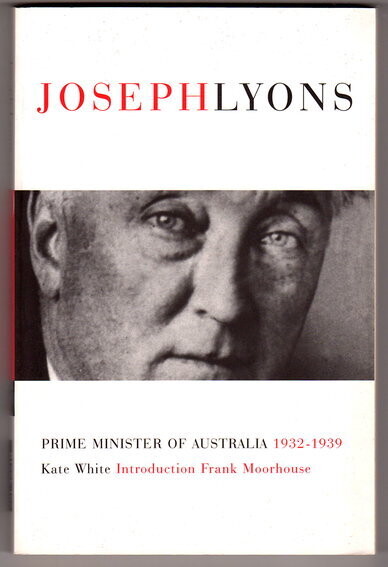 First published as A Political Love Story, Kate White's biography of Joseph Lyons is an engrossing study of one of Australia's most interesting and controversial prime ministers. No. 10 in the Prime Ministers Series published by Black Inc.

Joseph Lyons was prime minister from 1932 to 1939 during crucial years of Australia's climb out of the Great Depression. In his day, he was known for two momentous decisions - moving from the Labor Party to the United Australia Party mid-career and aged 35 falling in love with 17-year-old Enid Burnell, whom he married.

In 1943, Enid became one of the first of two women elected to federal parliament.

White's biography brings these two fascinating figures back to life and gives a palpable sense of Australian life in the harsh years preceding World War Two.