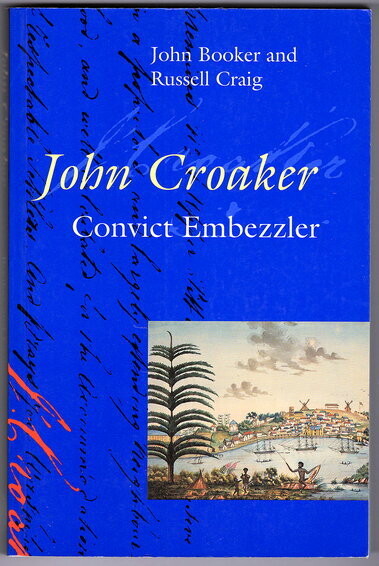 A book about a pioneer of accounting in Australia reveals a life touched by scandal, embezzlement, imprisonment, mutiny, business wheeling and dealing, shipwreck and mysterious death.

John Croaker's life was an extraordinarily fascinating one. Born in humble but respectable circumstances in Canterbury, Kent, he was principal clerk at the Isle of Thanet Bank in Margate. In 1815 he apparently became unhinged and began cheating in the bank's ledgers. After absconding to Calais with some stolen assets, he was convicted of embezzling the proceeds of a bill of exchange.

Croaker was transported to Australia for fourteen years and received a ticket of leave from Governor Macquarie. His arrival coincided with the foundation of the Bank of New South Wales, and the former embezzler was employed to set up its bookkeeping procedures, thus introducing the system of double-entry bookkeeping to the colony as a whole.

After being granted a conditional pardon he went on to establish one of the colony's first malthouses, and for a period was a very successful brewer. From 1820, however, his fortunes declined rapidly. In 1823 Croaker took ship for England with his eldest son, dying in mysterious circumstances on the voyage.

His career generated a succession of interesting issues, and his involvements in banking, brewing and the law have allowed John Booker and Russell Craig to use him as a window on the economic, judicial and social conditions of his age, both in England and in New South Wales. Their style is no-nonsense and dryly humorous and the tone is very engaging. (back cover)