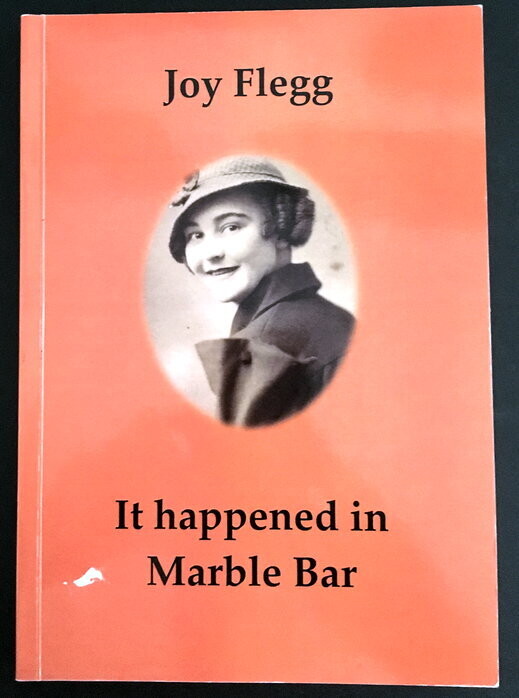 It happened in Marble Bar by Joy Flegg with Roy Criddle

Joy Flegg was born in North Perth on October 19th 1914. She considered herself to be a rebellious, rather than naughty, child. Whichever the case, her mother kept a very tight rein on her, well into her teen years. Even when Joy was a seventeen-year-old working girl, her nightlife was strictly controlled by her mother.

She became engaged to Harold Flegg in a whirlwind romance that gave her a way out of her mother's home in Guildford. The catch to Harold's proposal was that he was a self-employed gold miner in Australia's hottest spot, Marble Bar.

Living at 'the Bar', from 1935, was demanding for a pregnant twenty-year-old woman. Joy had three children in five years. The heat and the flies, often with only a dirt floor underfoot was a tough life; the Depression, and the Second World War, made life for the family even harder.

Joy recorded her feelings and many of the happenings during those years in Marble Bar. Initially, she wrote on scraps of paper and in school exercise books. In 1998 she agreed to make an oral recording of her life at Marble Bar as a contribution to Western Australia's Oral History record.

In 2014, Joy's Centenary Year, her daughter, Ailsa Nelson, has gathered together Joy's writing, photographs, the oral history recordings, and memories from brother Rod and herself. From these resources Roy Criddle, a friend of Ailsa and her husband Eddie, has compiled this document. (back cover)