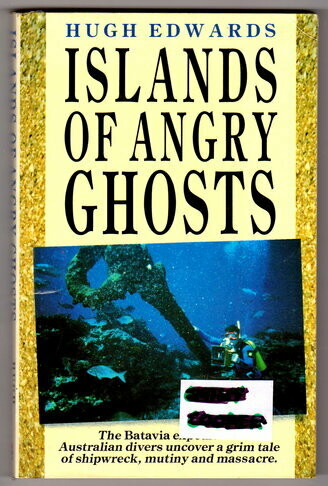 Islands of Angry Ghosts: The Story of the Batavia, Australia's Bloodiest Mutiny by Hugh Edwards

In 1629, the Batavia was wrecked on reef islands off the Western Australian coast while on a routine trip to the Dutch East Indies. As their commander, Francisco Pelsaert, sailed for help, over 125 men, women and children were murdered by mutineers in a frenzy of bloodlust and greed.

Over 300 years later, Hugh Edwards, journalist and driver, started a search for the lost ship. They found the ship in 1963.

This book is told in two parts. The first half traces the final months of the Batavia and her crew and the second half follows the ship's salvage and the archaeological treasure.