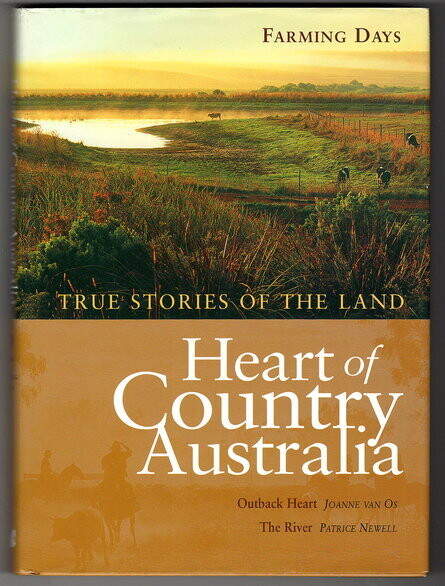 Heart of Country Australia: True Stories of the Land: Volume 2 - Outback Heart by Joanne van Os and The River by Patrice Newell

Joanne van Os was just twenty-two when she met Rod Ansell. At twenty-three, Rod was already a legend in Australia and around the world, having survived alone for two months without supplies in one of the harshest and most remote parts of northern Australia. To Joanne, Rod was a genuine hero who could do anything, make anything out of nothing, tell the funniest yarns, and have a philosophy on everything. She married him, and they had two beautiful sons who idolised their father.

Together they lived the tough life of outback bull catchers and cattle musterers. But as time went on, Joanne realised that Rod was both a complicated and deeply troubled man. For the sake of her sons, she never gave up on Rod, even after their divorce, but just how far he'd gone only became apparent when his life ended in tragedy - out of his mind on drugs, Rod became involved in a shootout in which a young police office was killed.

The River by Patrice Newell.

Following the success of The Olive Grove, Patrice Newell had turned her attention to the Pages River that runs through her Hunter Valley property near Scone NSW and the vexed issue of water management in rural communities. Along the way, she discusses the ups and downs of life on the land and personalises one of our most critical problems.