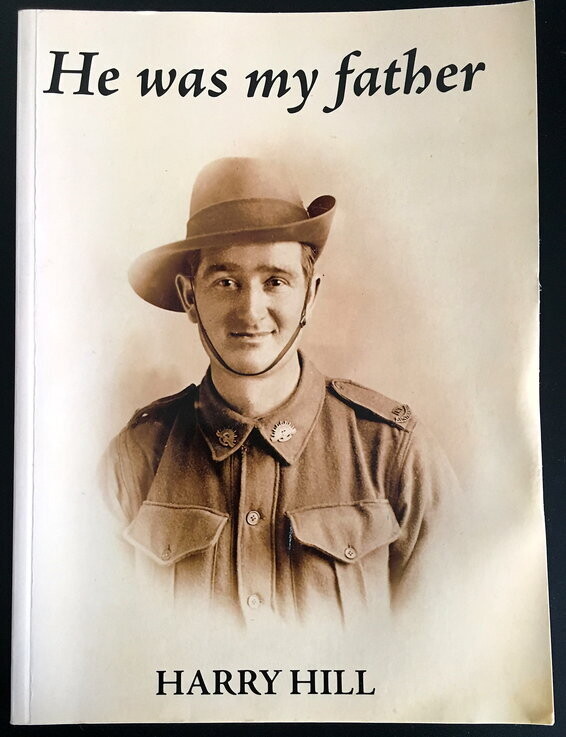 He Was My Father by Harry Hill

Secondhand. Good condition. Wear to book corners and edges. Some minor stain to front cover right tail corner and some introductory pages. Back cover has been bent in half. Please see images for more information.

Clem Hill was born on his father's original selection on Brungle Creek, Tumut Shire, in 1887 and had a hard, but fulfilling, life working as a labourer and stockman.

Clem enlisted in the 36th Battalion of the AIF in February 1916. After training in Australia and England he fought in France and Belgium and was severely wounded at the Battle of Passchendaele.

He was repatriated to Australia and, while recuperating in hospital, met Lottie Low, an Army nurse, whom he married in 1922.

He worked as a labourer and built a house in Concord, Sydney, but lost everything in the Great Depression. The family moved back to Brungle Creek and later to Tumut where Clem conducted the summer ice run.

Clem had a reputation as a marksman, having been a sniper in the war, and he knew how to trap possums and rabbits. He sold the skins and fed his family on rabbit meat in those hard times.

He had many skills as a bushman, including robbing wild bees hives, fencing, controlling rabbit build-ups and killing snakes. He tried to teach these skills to his two sons. He worked as a labourer, stockman and shearer and knew how to handle livestock.

He died suddenly after a hard days shearing, aged 51. Harry Hill, Clem's son, paints a vivid picture of life in rural Australia from before World War I, through the Great Depression, to his father's death in 1938. (back cover)