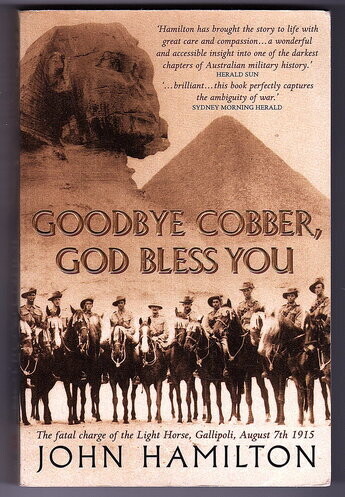 On August 7th 1915, men of the 3rd Light Horse Brigade staged one of the most tragic, brave and futile charges of the First World War. Seeking to break out of the Anzac position at Gallipoli they attempted to storm an extraordinarily strong Turkish position, defended by artillery, machine guns and thousands of men, using nothing but fixed bayonets and raw courage.

The first wave of Light Horsemen were killed within seconds of leaving their trench, yet over the course of the next few minutes, three more lines went over the top, across the bodies of their dead and dying comrades, only to be instantly cut down themselves.

Just before the order was given to send the third line, Trooper Harold Rush turned to his mate standing next to him and said 'Goodbye cobber. God bless you'. These words appear on his headstone, in the little cemetery near the scene of the charge.