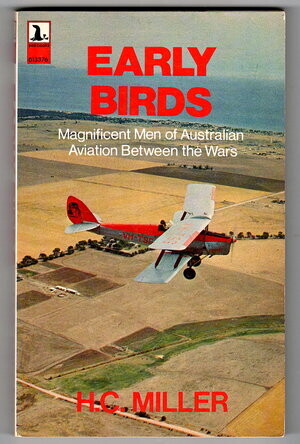 In the days when aircraft were little more than box kites with engines, Horrie Miller. a young Australian in love with flying went to Britain to learn how to build and fly aircraft.

There's a Magnificent Men flavour about his adventures before WWI, becoming more sombre when he joins the Royal Flying Corps and sees service in France. Then he returns to Australia, to give a fascinating picture of the abounding optimism with which fliers tried to start Australian civil air services.

His story, telling of the unreliable, sometimes bizarre aircraft, the daring flights and the flamboyant fliers, is a vivid piece of modern Australian history and a constantly enthralling narrative. (back cover)