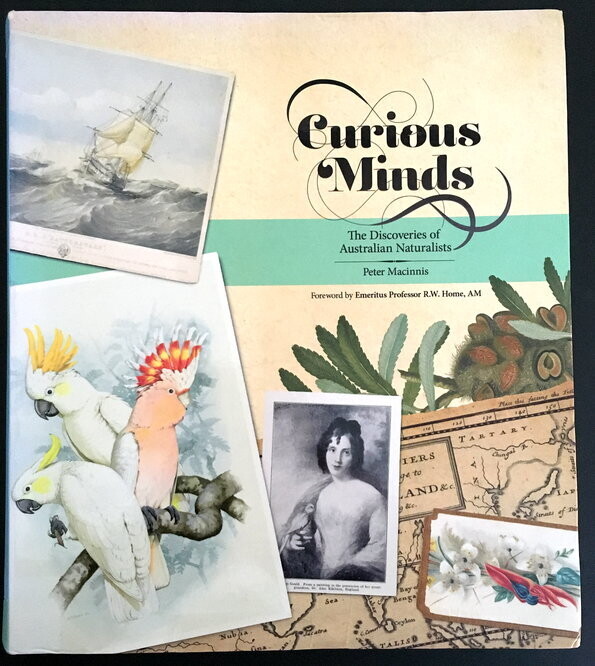 Curious Minds: The Discoveries of Australian Naturalists by Peter Macinnis

Curious Minds: The Discoveries of Australian Naturalists looks at the long line of naturalists who have traversed Australia in search of new plants and animals.

Identifying and classifying unfamiliar plants and animals was their biggest challenge. The early naturalists were frequently wrong but later ones were able to build on and learn from previous mistakes.

In time, a new breed of homegrown naturalists emerged. This succession of curious minds would help to foster pride in a developing nation, as well as an interest in the preservation of natural history.

Curious Minds brings to life the stories of the naturalists and settlers who made the unfamiliar familiar and who contributed to developments in natural science. Among the names are Joseph Banks, Charles Darwin, Amalie Dietrich, Ludwig Leichhardt, Ferdinand von Mueller, Ellis Rowan, John Lewin and John and Elizabeth Gould.

Beautifully illustrated with images from the collection of the National Library of Australia, the publication is a loving tribute to the courageous and inquisitive men and women who led by example. (back cover)