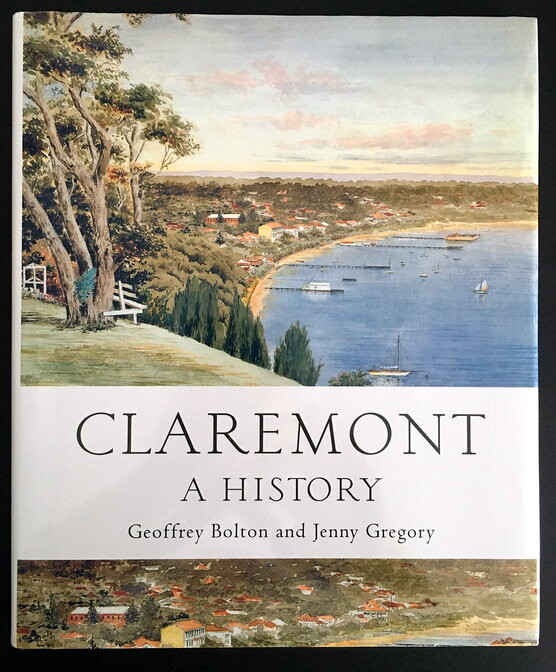 Claremont: A History by Geoffrey Bolton and Jenny Gregory

Claremont is unique among the suburbs of the Perth metropolitan region. Originally founded as a yeoman settlement for pensioned-off British soldiers who guarded Western Australian's convicts, it developed in the 1880s and 1890s as a village where members of the English gentry felt at home.

Soon overtaken by the rapid suburbanization of the gold rush era, Claremont was favoured by a fine riverside situation that all classes enjoyed. Another mineral boom in the 1960s and high-rise development began to make inroads until repelled by a surge of interest in the heritage of the suburb's turn-of-the-century housing stock.

This history recaptures the way of life of Claremont's citizens over the past century, their homes, pastimes and schooling, and their attempts to preserve an agreeable lifestyle and environment.