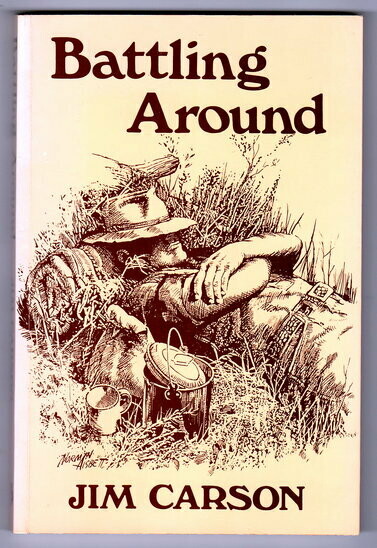 Battling Around by Jim Carson

Jim Carson's own story of battling around in the early 1920s, taking a wide range of jobs and travelling over much of Western Australia.

Carson was born in 1901 in Kalgoorlie to Scottish parents. After working in Perth, Carson headed north, first working as a sandalwood cutter. Later, with a friend, they secured work as fencing contractors on a northern sheep station.

He then headed south to work in Jarrahdale, before moving to Esperance for a stint on a wheat farm.

Much of this book is focused on Carson's time as a shearer in the sheds along the De Grey River inland from Port Hedland, and then in the lower Murchison.

A book about how people worked and lived in the bush during the 1920s.