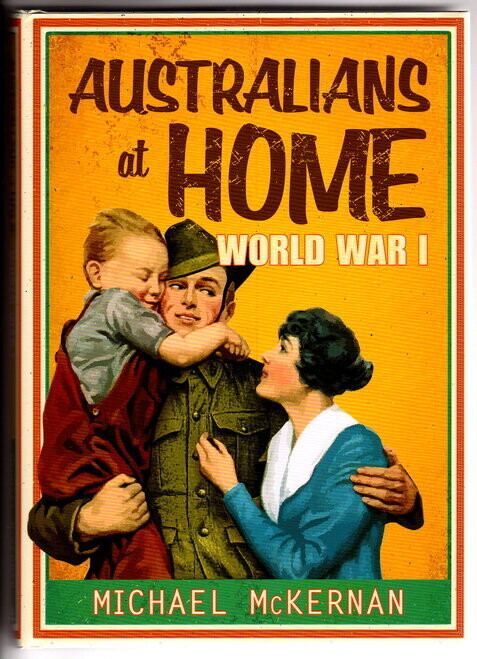 Australia at Home World War I by Michael McKernan

Michael McKernan's compelling account of a nation at war shows a growing division within the Australian community as people shifted from their early acceptance of the Empire's call to arms. Powerless to shape events abroad, they grew increasingly polarised - to an almost fanatical embrace of the rhetoric of war, or to a disappointed rejection of the platitudes of the war leaders.

The first books to study Australians on the home front during World War 1, in-depth, putting the lives, sufferings and grief of Australian women and children at the forefront of the war experience.

First published as The Australian People and the Great War by Thomas Nelson in 1980.